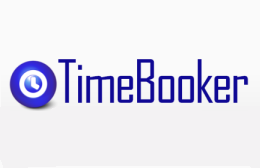 Yandex company has announced a new Yandeks.Factory program participant – seed funding was received by TimeBooker, an Israeli project, whom Yandex met during the WebReady competition in December 2011 in St. Petersburg. After communicating with the guys several times since, we have decided to support their project, - the company reports.

We have made this decision for several reasons. Firstly, the guys were educated at the world-renowned Technion, the best university of Israel. Secondly, the company was created by one of the co-founders of another startup, whose technologies we highly appreciate. Thirdly, compared to most WebReady participants, who demanded from the investors not less than a million, TimeBooker looked the most reasonable, - Yandex blog noted.

The main TimeBooker’s advantage marked by Yandex is that they have gone further than their competitors. They presented a prototype of their product which is the development of an online service for appointment to various service industries. They have created a widget and developed a unique mathematical model to calculate the cost of services, depending on the service’s workload. We believe both in the team and in the idea and the business model of the project - the blog sums up.

Now TimeBooker team participates in Betaspring, one of the acceleration programs in Boston. They already have proposals from investors for the next round. The project is in full swing.

Yandeks.Factory started working a little less than a year ago. Within this program aiming at start-ups, they can get a small investment to develop its product. During the existence of the Factory we received over 2,000 applications from Russian and international projects. Yandex.Starts, startups events, took place in Moscow, St. Petersburg, Odessa, Yekaterinburg and Tel-Aviv.

Yandex is out on venture search. The company launches an investment