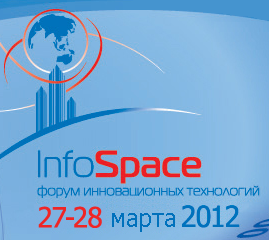 Training the staff and implementation of high-tech projects for the Russian aviation and space will be included in the issue list of the InfoSpace innovation technologies forum, which will be held in Moscow on March 27-28, said on Wednesday the Presidential Administration assistant director Ekaterina Popova.

According to her, professionals working in the space sector are the bearers of unique knowledge and technology, so special attention should be paid for training such people.

There should be a special government policy for preparing such an elite - said Popova at the press conference, noting that education issues will be included in the forum program.

Popova reports that new high-tech workouts of the Russian experts on aviation and astronautics will be also discussed at the forum. In particular, the experts will discuss the construction of a new passenger aircraft developed in TsAGI (Zhukovsky).

We want to carry out a discussion on what the construction of a new passenger aircraft should be, - she said. In addition, the development of new space engine, developed at TsNIIMash will be discussed at the event.

Tomsk Innovation Forum has been postponed for the second time