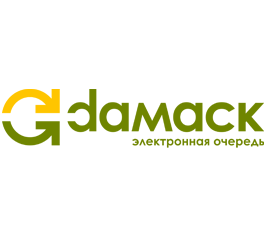 Leta Group, a management and investment company in the field of advanced information technologies, has announced today that another project of the Group acquired the resident status of the Skolkovo innovation center - the Damascus Company, the developer of queue management systems (QMS).

Unlike other Leta Group projects, which have already become the residents and are start-ups, this company has extensive development experience, says Leta Group. The idea of the project, Damascus Queue Management System, appeared in 2005.

Initially Damascus QMS was used to solve a small local problem - taking control of visitors in the post offices, tax inspections. The company has been developing and currently holds more than 20% of the market, and also is a contractor for the largest project in Europe on introducing QMSs to the Savings Bank. The system is being implemented in more than two thousand bank branches throughout Russia.

Under this program, the company plans to introduce the following technologies in the QMS: Zero time installation technology, aimed at enabling the installation and maintenance of QMS without a specialized installer company having highly qualified staff; the use of cloud computing to provide services on a SaaS model; introduction of RFID-elements in the electronic queue; implementation of the identification system for the near-line visitors (Near Field Communication); transfer of the system elements in mobile applications; the introduction of elements of the customer behavior analysis.

Support from Skolkovo is required for turning Damascus from the largest company in the local market into a world leader of Queue management system. The resident status of a unique in Russia innovation center for Damascus is certainly an important milestone in the development - says Alexander Drugov, the company head. - And it shows the recognition of high technology level used in the Damascus queue management system.

In addition to Damascus, the status of the Skolkovo residents also have the projects two companies under the management of Leta Group, - HamsterSoft and Group-IB.

“C3D Labs” became a resident of the “Skolkovo”