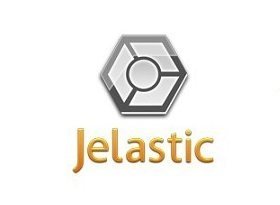 Jelastic Company, a resident of information and computer technology cluster of the Skolkovo fund, has received a grant of $1M on a parity basis to develop a new generation of cloud service – auto scaling private hosting platform for corporate applications Jelastic Private Cloud (JPC). The company will create a working prototype of a private cloud and will carry out its study on selected pilot projects, the Skolkovo fund says.

Jelastic plans to realize an efficient and flexible service for major companies and government agencies in b2b market. The product will be based on proven technologies of PaaS Jelastic public platform.

Any large company has accumulated a lot of corporate computing resources and software over the years. Maintenance of this IT infrastructure is expensive and requires more and more skilled professionals every year. Companies have to seek ways to reduce IT costs, and they are not ready to use public clouds for several reasons, primarily for security reasons. The solution is private and hybrid clouds and JPC, the demand for which is growing rapidly every year. Our customers and we thank the Skolkovo fund which will allow us to create a JPC , - says Alexey Skutin, co-founder of Jelastic company.

Potential clients of a private cloud are private companies with their own data centers and well-developed infrastructure. According to Jelastic, the product will be designed in order to simplify and reduce operating costs of corporate applications written in Java, PHP and dotNET. JPC platform will give a flexible management of IT resources in real time to any company: the ability to control current loading depending on applications in use; efficient real-time scaling of IT infrastructure, high performance of computing resources, secure applications infrastructure, integration with public clouds and services; a handy interface for platform management.

According to Alexander Turkot, the executive director of Skolkovo IT-cluster, Russian subsidiary of Jelastic will develop the private cloud. Meanwhile, the headquarters of this young company is located in Silicon Valley. We are happy to support such a successful start-up that proved its efficiency in the international market.

We would remind you that Jelastic received $ 2 M series A Round from venture funds Almaz Capital Partners and Foresight Ventures in April 2012 ($ 1.5 M and $ 0.5 M respectively).