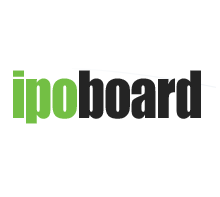 Five residents of Ingria Business Incubator joined IPOboard system - developed by Moscow PE & VC Exchange - in the 1st half of this year. One of the residents - Speereo project - has become a leader in the ranking of information transparency among all 59 participants, according to the website of the business incubator.

IPOboard is online information and trading system for promising private companies to attract capital from innovation sector of the economy. It includes start-ups at early stages of development. They publish information about their own projects and increase their transparency ranking. This allows them to qualify for a more detailed presentation of the top ten projects for venture investors and business angels.

The following projects from Ingria are also the participants of IPOboard: ULSIR (the 19th place in the ranking of transparency), Aktualog (28th place), Hochu-eto (47th) and Spektralazer (49th). The latter one, in addition, was approved by the Investment Committee of St. Petersburg Pre-seed investment Fund in late June. The Fund will invest 5M RUR in the project.

IPOBoard can become an effective platform for the residents of the business incubator which are ready to be invested - the director of Ingria Technopark Irina Kalashnikova says.
IPOboard, that was launched in April, 16, is a part of the Innovations and Investments Market, a joint project of Moscow Stock Exchange and RUSNANO. MII is actively developing since June 2009. IPOboard is being implemented by venture market participants with the support of Moscow PE & VC Exchange, RUSNANO and RVC.