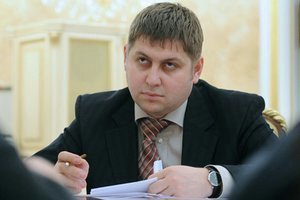 The program of the Moscow international forum for innovation development will be drawn up at the end of this week. According to Deputy Minister of Economic Development of Russia Oleg Fomichev, Program Committee meeting was held for several times, during which the interests of all development institutions were balanced and a unified conceptual framework was built.

Fomichev also added that the guidelines of the program were approved. At the same time, we agreed that we write finis to it within upcoming days, and a draft program will be ready by the end of this week - said the deputy minister.

Open Innovation Forum, which will take place from October, 31 to November, 2 in Moscow, Russia, is carried out by the development institutions of Russia, including RUSNANO, RVC, the Skolkovo Foundation, Foundation for Promotion of Small Enterprises in Science and Technology, as well as by Vnesheconombank and the Government of Moscow.

According to the deputy minister, the fundamental difference between the Open Innovation and the International Forum on Nanotechnology RUSNANOTECH is that the new site will be devoted to the development of more than one technological direction and to the world's innovation agenda.

RUSNANOTECH was devoted to the development of one technological sphere - nanotechnology and everything associated with it. The positive moment is the fact that it was possible to choose a narrower topic to focus on the experts in this particular area, and the negative moment was a narrow range of choice, it was difficult to organize a discussion on the general directions of innovative development, - RIA Novosti quotes Fomichev. - At the same time, Russia has aspirations as a country because we announced the transition to innovative development in a number of strategies. We need to be integrated in the global innovation system by all means. The new forum is intended to become a place of the global debate on innovation development.

Yuri Udaltsov: the development of innovations in Russia is on the right track