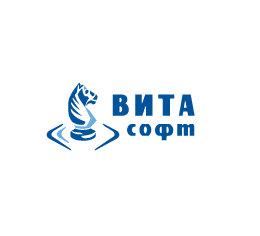 Vitasoft Company, operating in the insurance and aviation sectors, received a $600K investment from the private investment fund Aurora Venture Capital. The money will be used to accelerate the implementation of several projects, as well as to enter new markets. The parties do not report any details of the transaction with respect to the shares received by the Fund in Vitasoft.

According to the CEO of the company Oleg Manevich, minority shareholders participated in the sale of shares.

One of the main activities of Vitasoft is B2B and B2C systems for the insurance business. Oleg Mankiewicz comments the deal: Cooperation with such progressive investor will give new impetus to our development, due to the obvious synergy with investment projects that are in the portfolio of Aurora Venture Capital.

Aurora Venture Capital says that joining Vitasoft’s shareholders is caused by the fact that the company operates in several areas that are of fund’s interest.

According to Cnews.ru, the General Director of Vitasoft Oleg Manevich declares several directions to spend received investments on. The company intends to spend the money on the development of insurance delivery services, which will allow policyholders to choose between the services of different insurers. Among other things, the company will direct its forces to a new development in the legal distribution of audiovisual products.

According to the Managing Partner of Aurora Venture Capital Fund Vsevolod Topolyansky, Vitasoft today is a highly competent and experienced systems integrator and web developer, consistently generating positive cash-flow. (Vitasoft proceeds, according to Oleg Manevich, totaled 100 M RUR in 2011). In addition, the company cooperates with other fund’s projects. Aurora Venture Capital had to turn to third-party developers, today these tasks can be performed by Vitasoft.

Also, the fund says that they make a big bet on a number of innovative projects realized in the framework of Vitasoft with its extensive experience in the creation and integration of internal SaaS systems in largest insurance companies of Russia.

Vitasoft was founded in 2005. The company is a software developer partner for QlikView Business Intelligence, it implements solutions based on 1C, codes an online engine for Sirena-Travel. The company has Instras-Report among its own products for the reports preparing and management reporting, electronic document management system on Lotus DeloDok, and etc.

Investment Fund Aurora Venture Capital was founded in 2010 by Russian and foreign private investors. The Fund focuses on investments in high-growth Internet resources and technological projects in Russia and CIS. The fund has invested in seven projects.