Ryazantsev: the state can afford to invest one thousand startups 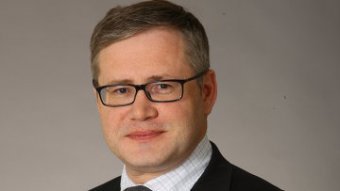 Judging by the last year, the most attractive sectors for investors are IT and Telecom, largely due to a number of major technology companies’ IPOs. Like all over the world, investors in our country are often interested in biotechnology and pharmaceuticals, there is an increase of investments in infrastructure companies. However, the investment support of priority industries is still an urgent problem for Russia.

This is said by Yan Ryazantsev, the investment director of RVC, on the pages of Russian business newspaper. Among the priority areas he calls the aerospace industry and nuclear technologies, as well as energy efficiency, clean energy, and others.

Industrial innovations are very promising for investment, Ryazantsev says, especially industries such as laser technology, electronics and instrument as a whole. One of the reasons that impede the attraction of investment in these areas is the lack of expertise of the projects. Primarily, industries are more inert than IT: the introduction of a new development raises many technological problems. In addition, they often require the development of new standards and making of the appropriate changes in legislation.

As for the biotechnology and pharmaceutical industries in Russia today, the interest of venture capital in these areas is just beginning to form, while in the West, this area may compete with the IT-market in popularity among investors.

In contrast to the private investor, the state can afford to invest one thousand start-ups, even if 90% or even all of them would be unprofitable, - Ryazantsev says. - When the state invests in a company, it leaves the money in the economy in fact. That means that the money remains on the accounts of Russian banks and in the Russian currency, whatever a startup would do with it.

Innovation Leader fund invests in the development of chemical technologies