A delegation of technology directors of Japanese companies visited RUSNANO 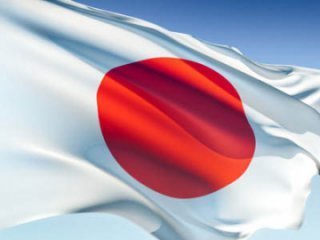 A delegation of technology directors of major Japanese companies actively involved in the development of modern products, materials and technologies visited OJSC RUSNANO. Dozens of Russian nanotechnology projects, invested by RUSNANO were presented them.

The Russian side in the talks was represented by the Deputy Chairman of the Board of RUSNANO Oleg Kiselev, the director of the project office Lukshin Andrew, the director of scientific and technical expertise Sergei Kalyuzhny, and RUSNANO Managing Directors.

Welcoming the delegation of technology directors of Japanese companies, the Deputy Chairman of the Board Oleg Kiselev stressed the interest of RUSNANO in the development and deepening of cooperation with colleagues from Japan and expressed confidence that the meeting will give a new impetus to mutually beneficial cooperation.

In response, the head of the Japanese delegation, the adviser of one of Japan's largest chemical companies Showa Denko Kenji Tsukamoto noted Japan's interest in the development of nanotechnology and the importance of the establishment of relations between Russian and Japanese companies.

The members of the Japanese delegation expressed interest in a number of presented investment projects as well as in continuation of building relationships with RUSNANO.

Investments of U.S. companies in Rusnano's projects total $2B

RUSNANO board of directors approved a joint project with Domain Associates

RUSNANO to discuss the progress and failures of innovative clusters