Yakutia to establish an independent association of business angels 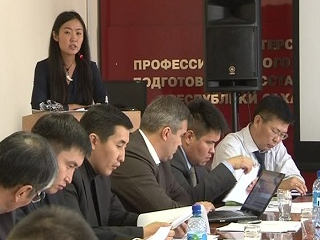 Yakutia will establish its own independent association of business angels. This decision was taken at the first Coordination Council on October, 3 under the State Innovation Policy and Science Committee of Yakutia.

The council was intended to develop proposals to attract the attention of business to the implementation of innovative projects. The agenda of the meeting also included the discussion of favorable administrative conditions for small and medium businesses.

The Republic intends to promote the development of SMEs through the creation of an association of business angels who invest in innovation projects without collateral and long term guarantees and acquire a stake in the company. This is the sum of several tens of thousands of euros to one million euros.

The meeting of the Council heard a report from the Chairman of the State Committee of Yakutia on Innovation Policy and Science Maksim Trofimov. The report was about the strategy of small and medium enterprises development for 2011 - 2020 years, and about the main aspects of favorable conditions for doing business at the II stage of the Strategy for the Development of Small and Medium Entrepreneurship in Yakutia for 2013 - 2016 years.

The establishment of an innovation lift for the Republic of Sakha (Yakutia) was also discussed at the meeting.

Recall that Venture Company Yakutia has recently begun its work and it completes the approval of working documents. The authorized capital of the company is 200M RUR. 50.1% stake is owned by the Republic of Sakha (Yakutia) through the Ministry of Property and Land Relations, the other 49.9% belongs to JSC Republican Investment Company. There are opportunities to increase the authorized capital to 1B RUR in case of successful work.

Council for science and innovation meeting in Kamchatka Territory