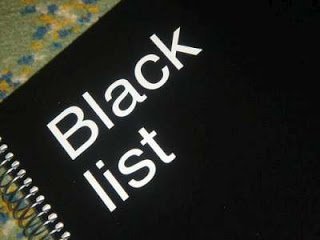 Domestic development institutions are going to create a black list of innovators, which will include not only the “inventors of perpetual motion machines”, but also those who improperly manages received grants and investments. Such decision was made after the precedent with the Sun Innovations company in Rusnano, when a shareholder and a co-founder of the company, on suspicion of Rusnano, got more than 100M RUR through bill schemes and contractors.

The president of Skolkovo Viktor Vekselberg told RBC daily about the initiative. According to him, the list will include those companies or entrepreneurs who have exhausted the trust of Skolkovo or other development institutions. We will make a sort of black list - a certain analogy to the existing inter-bank practice, - Mr. Vekselberg said. RBC daily’s interlocutor in Skolkovo also said that if the fund notice how any of new entrepreneurs transfer funds to other companies or spend them on a new car instead of investing the money in developing new products, will be included in the black list: And such entrepreneurs will never receive any money in both the Russian and international venture capital markets.

National development institutions adopted such solution after a recent incident in state company Rusnano. The company said that the founder and holder of controlling interest in Innovative Company SUN (established in April, 2010) Vladislav Mirchev was suspected in the withdrawal of more than 100 M RUR through front companies.

A representative of another institution - RVC - have not heard anything about the initiative. He noted that they also had all kinds of precedents, so that the creation of a single database of those who betrayed the trust of investors would be good.

Putin calls for major overhaul of Rusnano, RVC, Skolkovo and others