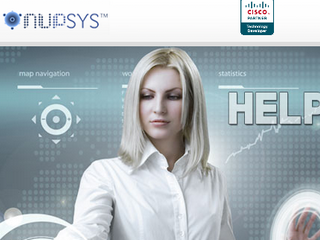 A developer of software for complex corporate network nuPSYS will receive more than $5M during the first funding round from several investors. AVentures Capital venture fund of Andrey Kolodyuk and Evgeny Sysoev became its first investor. The Fund invested $1M and received a minority stake in the company. A few more international investors are expected to enter the capital of the company before May.

The founder of nuPSYS is former employee of Cisco Dmitry Bokotey, who was in the top 10 engineers of the American corporation. Bokotey was born in Chernivtsi. He immigrated to the United States with his family after the Chernobyl accident. He worked at Cisco for almost 15 years, becoming one of the world's best experts in large corporate networks. Implementing Cisco Systems in big corporations, Bokotey invented a solution which subsequently formed the basis of his own business.

Bokotey left Cisco in 2010 and founded his own company. He sold his shares in Cisco and invested $2,5M in nuPSYS. The system has been developed for two years by more than 20 programmers. The funds received during the first round will be used to promote the product on the market.

The company “Cinarra Systems” has got $4,5M from “Almaz Capital” and “Cisco”