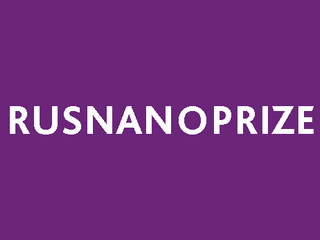 Accepting applications for the International Prize in Nanotechnology RUSNANOPRIZE 2013 has started. According to the decision of the Board of RUSNANO, the Award in 2013 will be given in Nanomaterials and Surface Modification. This area of science is traditionally characterized by a high demand for nanotech research and is important for a number of key sectors of Russian industry.

The cash prize is 3M RUR. It will be awarded to a researcher or a group of researchers who are the authors of a mass-produced scientific and technological development or a nanotech invention with annual volume of production over $10M.

Russian and foreign organizations and individuals excluding the Award Committee members have the right to nominate candidates for the contest. Self-nominees are also allowed.

RUSNANOPRIZE Award is designed to satisfy the business needs and the scientific community interests, as well as to promote wide public recognition of practical application of nanotechnologies. It contributes to the development of experimental and applied research and developments in nanotechnology and their introduction into production, international co-operation in the industry, public recognition of the role of individual scientists, developers and teams who put their scientific study into life.

The Award Committee accepts applications for the RUSNANOPRIZE competition until August 20, 2013. You can fill in a nomination form and learn more about the award at: http://rusnanoprize.ru/ru/cases/.