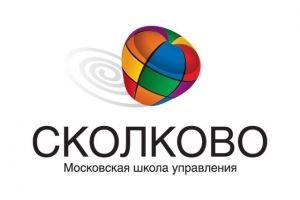 Graduates of the Moscow School of Management SKOLKOVO Sergey Koltovich and Eugeny Sabadyshin established studentship in amount of 350K RUB.

The amount will be directed at partial financing of education in Startup of the Academy – educational program for young entrepreneurs, launching its own business. Graduates of three classes of the program have already attracted $4M investments and created 140 work positions, and its startups have assessed cost more than $30M. The fourth class of the Startup Academy SKOLKOVO will start training in October 10, 2013.

“We would like to support a school leaver, who intends to launch a project having important socially-public meaning, or referred to arts and culture, - said Sergey Koltovich. – We consider it very important to support traditions of the Moscow School of Management SKOLKOVO, when graduates establish studentship for future students”.

Candidates for receiving studentship are required to record a video clip about its project with duration not more than 2 minutes, and complete application form at the site of the SKOLKOVO Academy Startup till September 15, 2013, adding a phrase “Studentship seeker” in the field “Additional information”. The project-winner will be selected by the committee, which includes Sergey Koltovich and director of the SKOLKOVO Academy Startup Lawrence Wright, and will be announced in September 25, 2013.

Graduates of the School SKOLKOVO instituted a scholarship worth 350,000 roubles

The winner of the scholarship Skolkovo announced

Skolkovo School in Tomsk to cost 1.5 B RUR