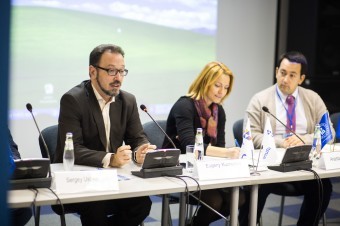 In October, 29 the National Research University “Higher School of Economics” in partnership of the RVC has conducted the second Summit of Russian Technoparks “Technopark 2.0: Resources for development of Russian technoparks”.

The summit has combined representatives of various technoparks, including private technoparks in Universities, representatives of Russian innovation clusters, business-incubators, Russian and foreign experts. Special guests of the Summit became Steinar Korsmo, fonder of the International Fund “Seed Forum”, who has told about the Scandinavian model of innovation ecosystem building, and Marcos Pinotti, professor of the Federal University “Minas Gerais”, which presented the Brazilian experience of creation and development of innovation clusters. The branch leaders have shared its experience with participants of the Summit – the Novosibirsk, Kazan and other technoparks.

The central discussion subject was the efficiency estimation and search of new opportunities for innovation infrastructure development of the whole, and technoparks in particular. Based on various infrastructure models’ investigations, the Chief of the Administration on innovation activity of the Higher School of Education Anastasia Tyurina has spoken with the review of the best global practice. 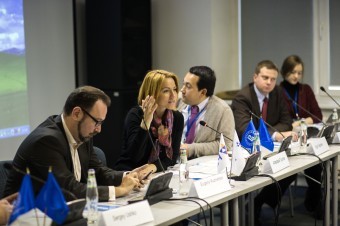 Experts, that have taken participation in the Summit, have noted need of rethinking the approach to creation and development of innovations in Russia. In his report director of the department on strategic communications of RVC Yevgeny Kuznetsov made a special emphasis on existing in Russia misunderstanding of the “Startup” and undervaluation of this player for the economy on the whole. 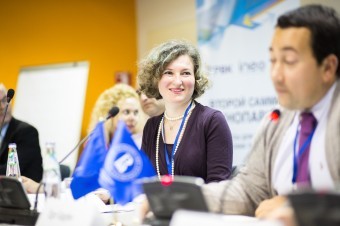 Participants of the summit have also noted the increasing role of cooperation and interaction of separate elements of the infrastructure. The director general “Sherpa S Pro Energy of Success” and co-founder of the international work-shop “Innovations and clusters” Yevgenya Shamis has shared the experience of American colleagues and noted, that the pawn of success on the global market is not only competitive production, but also honest partnership between players. 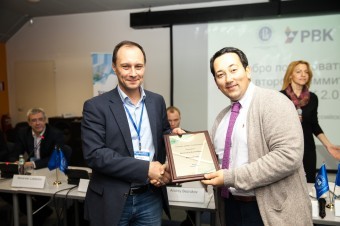 According to the Second Summit of Russian Technoparks the specialists of the Higher School of economics have prepared methodic materials, which will be published at the site of Innovation Activity Administration of the National Research University “Higher School of Economics”

Within the limits of the Summit there has also been conducted the Solemn ceremony of winners awarding in nominations for successful and important input in development of Russian innovation infrastructure in 2012-2013 years. 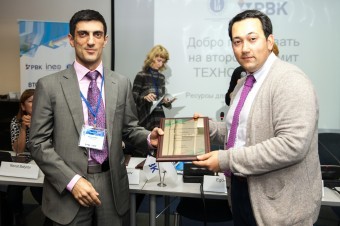 The second Summit of Russian technoparks has gathered and unified more than 300 people all over the world. The organizers plan to make this event annual. 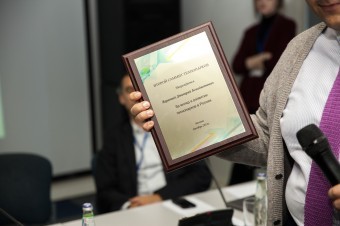 About the program of qualification increase for specialists and Chiefs of technoparks and business-incubators.

Operator of the program is the National investigation University “Higher School of economics”.

All in all by the end of 2013 it is planned to conduct not less than 10 events, including within the limits of the educational program, for more than 200 specialists of business-incubators and technoparks from 15 regions of Russia.

Higher School of Economics and RVC ended the educational program

A seminar on managing business incubators and technoparks in Moscow