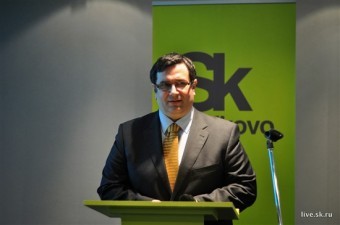 From this external financing, which comprises about 4,6B RUB, approximately 600M RUB somehow refer to “Skolkovo” grants; the rest financing came to companies-participants of the Fund without any connection to grants.

Investment results of the year will be edited for 10-20% by increase, when will be received the end data, and Eduard Kanalosh names it “inspired”: “Investors watch at our startups and see quality of companies, and opportunity to earn – and they invest. This is great”, - says he.

The largest deal of the year 2013 is investment for $25M, which received the company “Ostrovok”, which has created hotels booking service Ostrovok.ru. Russian investor is the “Frontier Venture”, co-investors are the “Accel Partners” and the “General Catalyst”. Among the other large deals are “Dauria” ($20M), PkToGo ($11M).

Herewith Mr.Kanalosh considers that the main index is not just volumes of startups financing, but quantity of executed investment deals. For 11 months 31 companies-participants of the Fund received investments (last year there were 18 deals of this type).

“Our aim for the next year is to increase the amount of such companies up to 50”, - says investment director of the “Skolkovo”.

Venture committee Skolkovo has summarized results of investing in 2013