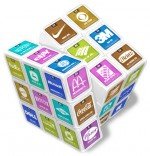 Kapitall gets $7.3M for easy investing app: Stereo Scope, parent company of app developer , has raised $7.3M in new cash and has converted more than $5.5M of previously issued promissory notes in a . With offices in New York City and Seattle, the startup’s free iPad app has an easy-to-use interface () and is intended to appeal to a new generation of investors with features like Facebook integration.

Online ticketing site ScoreBig brings in additional funding: The Los Angeles-based has now raised a total of $8.5M in a round led by for its members-only online ticketing service. Co-founded by a former NBA exec, the company lets users make offers for sports, concert and theater tickets at discounts of 10 to 70 percent off the face value. The site launched in beta this week, and in contrast to other popular ticketing sites, buyers don’t know the exact location of their seats until after the tickets are purchased.

PE International grabs $10.8M to help businesses go green: Based in Germany, the company has raised funding from and European investor for its sustainability software and consulting services, . helps clients like car companies Toyota and Volkswagen manage energy use, offset carbon footprints and construct green buildings.

Neoconix gets $8.7M to make electrical interconnects: The Sunnyvale-based has raised $8.7M of an expected $20M in equity funding, . The developer of interposers, or interfaces for routing one connection to another, makes products for the computing, military and mobile electronic industries and from investors including , and .

Humble Brands gets $1.2M to help you get beauty sleep: The San Francisco-basedhas raised a first round of funding to develop reBloom, a sleeping aid, . Founded by the CEO for his sleep-deprived wife, the drinkable product includes melatonin, a naturally occurring compound known to help with sleep, and an ingredient found in green tea.

A new service from the Fast Lane Ventures and ru-Net