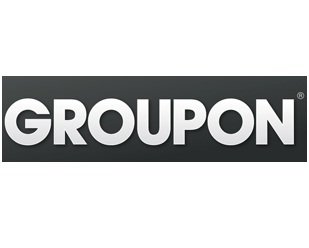 In one of the most attention-grabbing VC stories of the year, group-buying website Groupon boldly rejected a $6 billion buyout offer from Google. While there's no official justification for the rebuff, reports blame price, strategy and anti-trust issues.

Chicago-based Groupon offers discounts on consumer goods and services, made possible with the power of collective buying. The company became a VC darling after turning a profit in just eight months. Today, reports place the company's annual gross revenue run rate between $800 million and $2 billion (the former based on Q3 numbers; the latter on November). If the company exceeds $2 billion in revenue for 2010, Google's offer would represent around 2x-3x revenue.

Groupon's latest round of funding in April drew an impressive $135 million from Digital Sky Technologies, Battery Ventures, Accel Partners, and New Enterprise Associates, among others. Previously the company raised $30 million in December 2009 and $4.8 million in January 2008. Based on third round numbers, Groupon's preferred price per share is around $32, according to VC Experts Valuation Database. That analysis by VC Experts research team places Groupon's estimated post-money valuation at $1.31 billion.

In the aftermath of rejecting Google, Groupon has IPO bankers foaming at the mouth. CEO Andrew Mason has shyed away from commenting on any floatation plans, emphasizing instead Groupon's planned expansion into Asia. According to Ad Age, only around 2.3% of the company's web traffic is from Asia (Europe is responsible for just over half, with North America making up one third and the remaining 12.2% from Latin America).

Groupon's success has trickled down to its industry peers (or rather, clones? Take your pick). This month LivingSocial, the second biggest group-buying company, scored a $175 million investment from Amazon. VC Backer Lightspeed Venture Partners threw in an additional $8 million, which tops a previous $49 million from Revolution fund, Grotech Ventures and U.S. Venture Partners. For its part, Amazon hasn't merely dipped its toe in the group-buying pool: In June the e-commerce giant acquired Texas-based Woot for $110 million.

There's also BuyWithMe, which has raised $22 million from Bain Capital and Matrix Partners. Bloomspot, a luxury group-buying site, has raised $11 million this fall from Menlo Ventures, Harrison Metal Capital and True Ventures. Groupalia, a Barcelona group-buying company, raised €2.5 million in May of this year. Signpost, a deal site based in New York, raised money from Google Ventures and Spark Capital. Yipit, an online deals aggregator, garnered investment from DFJ Gotham Ventures, IA Ventures, RRE Ventures and angel investors. And bootstrapped companies like CoupMe, ScoopCoups, and WowWhatSavings continue to pop up (sometimes literally--which, can we quit with the pop-up ads already? It's 2010 for pete's sake!).

But before we get swept away by group-buying hysteria, let's be reminded of Groupon's dot-com-era predecessors. Remember MobShop, Mercata, LetsBuyIt.com, and Priceline WebHouse Club? Probably not. They're the names of four failed group-buying startups from the turn of the century.

Clearly today's e-commerce market can better support startups--the steady climb in online shoppers over the last decade is proof enough. And with its ballyhooed buyout offer, exploding revenues and IPO potential, Groupon has likely already sidestepped the fate of its forebears.

Find detailed investment information on Groupon and other VC-backed group-buying companies at the VC Experts Valuation & Deal Term Database. Click here to learn how to subscribe.

EBay Snaps Up brands4friends For $200 Million

Groupon reduces losses, but still runs below the market