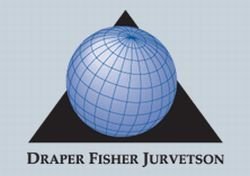 VTB Capital, RUSNANO and Draper Fisher Jurvetson (DFJ), one of the largest venture capital companies in the world, created a venture fund of $ 100 M. The new fund DFJ VTB Capital Aurora Innovation & Nanotechnology Fund will invest in technology start-ups with Russian roots and the prospects of global markets entering. Also, the fund will invest in companies already funded by Western venture capital funds and are interested in entering the Russian market.

As the VTB Capital venture business head Aydar Kaliev reported to the Vedomosti newspaper, about $ 9 M are already invested in two projects with Russian roots. Overall, the fund activity is planned for 10 years: during the first five it will search for projects and investments, and then receive a return from that investment.

The Fund investors, VTB Capital and RUSNANO, invested $ 50 M, in 2012-2013 it is planned to capitalize the fund by another $ 100 M with the assistance of international and Russian investors, says Kaliev. VTB Capital and DFJ run the Fund, one of the largest venture capital investors in Silicon Valley, known for investing in Baidu, Skyper, Hotmail, Tesla.