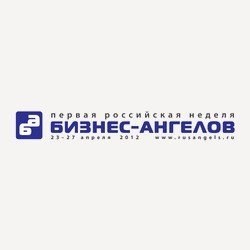 One of the largest international events for the market of venture capital investments in early stage - XII European Association of Business Angels Annual Congress and the VII annual award will be held on April 23-24, 2012 in Moscow.

Congress is a key event for the market of venture capital investments in early stage in Europe. More than 400 representatives of leading international business angels associations, seed funds, service providers, public authorities and institutions of development in Russia will participate.

Business angels are one of the key elements of the financial infrastructure of innovative economy, says Anatoly Chubais, the RUSNANO JSC Board Chairman and the co-chairman of the XII Annual Congress of the European Association of Business Angels Organizing Committee and the first Russian week of the business angels.

This begins the complex process of transforming talented developers in the technology businessmen. And we expect that the annual congress of the European Association of Business Angels in Moscow will be another stimulus for the development of this institution we have in Russia, - says the head of RUSNANO.

Members of Congress prepare to discuss the issues related to the development of European and Russian markets of venture capital investments in early stage. This year the Congress will be the central event of the first Russian Week of Business Angels, which will be held from April 23 to 27. The Week will bring together more than 25 regions of Russia, more than 1000 investors and 8000 participants. All of them will be united by the discussion, education, information and the nature of the investment directed at developing the Russian market of venture capital investments in early stage.

NABA - an Innovation through the Eyes of Russian Journalists contest partner