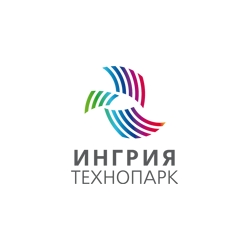 June 23, 2012 the XVI St. Petersburg International Economic Forum will host a Russian startups: local or global players? conference which is organized by Ingria Technopark, the Government of St. Petersburg and Microsoft Company. The format of the event is a moderated discussion.

The aim of the conference is to determine whether there is a need for Russian startups to enter the global market, and whether they are ready for it.

Some of issues to be discussed:

- Is there a need for Russian startups to go to the West?
- What is missing, and what inhibits Russian business to enter the global marketplace: ideas, expertise, investment?
- What state support should be given to startups (funds, grants, development programs)?

The globalization of Russian startups is one of the major trends in the domestic market - Ingria says. - Lately Russia was visited by at least 30 foreign venture capital funds to meet and talk to Russian developers. In addition, the government supports small businesses and contributes to the development of innovation environment in Russia. But despite this, local projects are not widely spread abroad.

Among the problems that impede Russian projects to enter the international market, the organizers of the conference call the existing lack of entrepreneurs’ competence who can think big, as well as a lack of staff able to implement global projects. Possible lack of Russian startups’ orientation to the global market, preferring to focus on the local market was also noted.

Finally, the problem may be the inability to present themselves in a favorable light and constant dissatisfaction with the results, and lack of promotion skills in the international market.

The participation in the conference have been already confirmed by:

The following people are also invited to participate in this event: