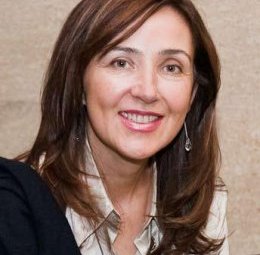 Managing Director of the DFJ-VTB Aurora Alexandra Johnson became the advisor to the President of the Skolkovo Foundation in relations with venture capitalists in Silicon Valley. RUSNANO, Skolkovo and RVC rented shared office space in Palo Alto, California near Los Angeles last winter.

Ms. Johnson performs her functions to attract Western venture capital and equity investment funds to Skolkovo since last year and has already agreed with three of the foundations about cooperation, but she received the official status of Viktor Vekselberg’s adviser not long ago. This was told RBC daily by several sources in the fund itself and confirmed by Alexander Johnson, adding that during the informal work, she has attracted about three funds, including a well-known fund Garage Tech Ventures to co-operate with the Russian innovation city.

The joint office of development institutions (RUSNANO, RVC and Skolkovo) in Silicon Valley is located at Sandhill Road, 3000, and was opened in March 2011. The decision to open a branch next to the largest venture capital firms and the office of Hewlett Packard was made in November 2010. The Director General of Russian Venture Company (RVC) Igor Agamirzyan, general director of RUSNANO Anatoly Chubais and the president of the Skolkovo Fund Viktor Vekselberg visited several office buildings in Palo Alto at that time (the center of Silicon Valley).

The press service of RUSNANO clarifies that the interests of the state-owned company in the U.S. are represented by the Director for Cooperation and the President of Rusnano USA subsidiary Dmitry Akhanov. The outcome of the representation can be considered as $ 1 B investment in U.S. companies and more than ten transactions - RUSNANO added. The Service of Public Relations of RVC (Russian Venture Company before rebranding) said that its interests are represented by a specialist in venture investments, Alex Tilman. However, Mr. Tillman is quite difficult to be found at the office on Sandhill Road, because he is usually at the main representation of RVC in Boston – RVC says.