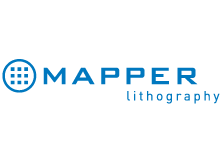 Russian Corporation Rusnano took part in a round of financing in Mapper Lithography company, a Netherlandian developer of equipment for chips production. The total amount of investment is 80 M EUR, the share of RUSNANO is 40 M EUR, the remaining funds were received from existing investors of Mapper Lithography - ADP Industries, Parcom Capital and Hoving & Partners, technology companies Technolution and DEMCON, private investors and funds, as well as the agency of the Netherlands under the Ministry of Economy of the country.

Much of the investment received from Rusnano will be spent on the establishment of the production of electron optics based on microelectromechanical systems in Russia - the key components used in Mapper’s equipment.

Currently, there are two promising lithography technologies. One of them is being developed by Mapper Lithography, and the other - by the market leader ASML, which has recently attracted investment from Intel Corporation: it received a 15% stake for $3.1B and has invested an additional $1B in its R&D program.

The CEO and a co-founder of Mapper Bert Jan Kamferbeek says that the first production based on Mapper’s technology is scheduled for 2014.

RUSNANO received $55.4M for the withdrawal from IRE-Polus capital

RUSNANO invests in a manufacturer of portable power systems