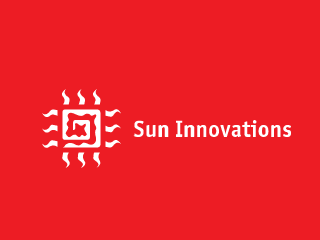 Rusnano may start legal proceedings with one of its business partners - the main shareholder of SUN Innovative Company, Vladislav Mirchev, who is suspected of asset stripping. The desire to apply to the prosecutor's office was reported to the media by Dmitry Lisenkov, the managing director of Rusnano. If the application is handed over to court, it will be the first such case in the time of the state company.

As Mr. Lisenkov says, Vladislav Mirchev is the founder and majority shareholder of SUN Innovative Company (JV with Rusnano was established in April 2010), he is suspected of stripping more than 100 M RUR through front companies. Suspicions emerged when the company did not reach the figures stated in the business plan – auditing the accounts was organized, which revealed a number of serious violations. All the materials will be given to the investigating authorities, - Dmitry Lisenkov says.

Vladislav Mirchev himself doesn’t plead guilty and says that the company has been taken away from him and that he didn’t strip any money through affiliates. He also says that he was removed from the operational management in December 2011, when Rusnano approved the provision of additional credit of 300 M RUR to SUN Innovative Company. According to him, the management wanted to direct the credit to the company's development, but Rusnano and Uralsib board members didn’t let them do it (according to the company rules the decisions are taken at the consent of eight out of the nine board members).

Mirchev explains the situation by this delay in the use of credit, as well as the fact that the business plan was drawn up before the crisis - in 2008, stating that if the Rusnano management wants to handle a case, he is ready to provide all necessary documents for the defense.

The Rusnano press-service indicates that they managed to fully remove Mirchev from management only in August this year. Now the new management team has restored the operating activities of the company without erosion.

SUN Innovative Company produces printers enabling to print on any surface, 51% of the company is owned by Mr. Mirchev, 20% - by Uralsib, 25% belong to Rusnano and another 4% are at the disposal of the company management. Total investment in the project amounted to about 1 B RUR.

The company accused of embezzling to lose state support

Rusnano ready to challenge federal auditors and plead ?not guilty?