TMT Investments launches a business incubator worth $10M in Russia 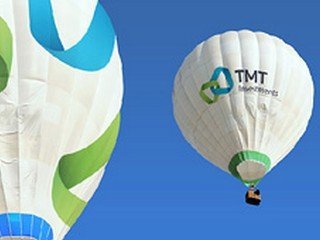 British investment company TMT Investments, whose shareholders are German Kaplun, Alexander Morgulchik and Artem Inyutin plans to launch a new business incubator in Russia, which is to finance up to 50 local startups. The investors will allocate $10M for these purposes.

The business incubator will provide all classical services: financing, mentoring, training, designing, presentation of projects to foreign investors, accounting and legal support, the director for strategic development of TMT Investments German Kaplun says. In addition, we know that Kaplun and Artem Inyutin intend to run about ten own projects. Investors say that projects related to photos, video, audio and news are the priority for the incubator at its early stage of development.

Along with the support for new companies, the incubator plans to localize several global projects in Russia, for example, according to Kaplun, it will be women's social network Wanelo project that TMT has previously invested in.

Marina Rossinskaya (Rodionova) will lead the business incubator, she previously headed Qip.ru project. The launching of the new incubator by TMT shareholders is the continuation of seed investment trend, when you can become a co-owner of a fast-growing company by investing a little money in it, an investment analyst of Fastlane Ventures Andrei Kulikov believes. According to him, this approach makes sense only if the investor has the opportunity to make a lot of investments in dozens of projects to get two or three successful ones.

German Kaplun, Alexander Morgulchik and Artem Inyutin became the shareholders of TMT Investments in June 2012, when they had to leave RBC media holding because of the conflict with the main shareholder - ONEXIM. Kaplun was appointed as the director of strategy, Morgulchik – as the Director of Business Development, Inyutin – the Director of Investment. TMT Investments Plc is a public company with a capitalization of $36M, it has invested in over a dozen projects since the foundation.

Accepting applications for ANE business incubator has been started

Started the new, fourth selection into business-incubator of the Lomonosov Mo