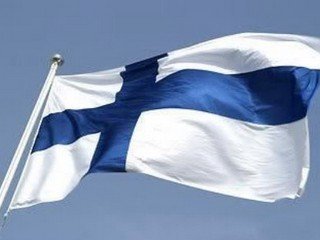 20 residents of Skolkovo were able to take part in the first business visit of Technopark Skolkovo to Finland, which took place from the 18th to 20th of November in Salo city.

A Russian-Finnish Innovation Forum with the participation of Mayor Antti Rantakokko, the chairman of Nokia Board of Directors, business angels, business leaders and start-ups of the region was organized for Skolkovo resident companies.

Anna Nikina, Development Manager for International Programs, organized the program and presented the participants of Technopark Skolkovo. A lot of work was done before the trip to prepare a schedule of meetings for each start-up company considering its interests in the search for partners and investments.

The visit is aimed at the mutually fruitful international cooperation between Russian and Finnish companies: individual negotiations with partners, visits to local innovative businesses, there were a lot of opportunities for formal and informal communication. - Anna Nikina says.

The representatives of Skolkovo companies, who took part in the trip, appreciated the trip and its effectiveness, contacts they got, and the work of the organizers.

Technopark Skolkovo has partners in Finland

BAUR invites to a business trip to Finland