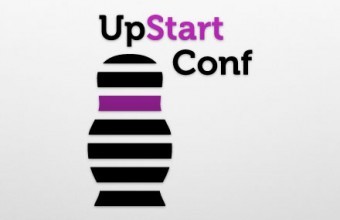 Organizing committee of the conference UpStart Conf announces about an order taking on the contest of projects “The Alley of Innovations”, which will be conducted within the limits of Russian Internet Week in October, 2013. It is possible to file an application till September, 15.

According to report data by Russian Venture Company (RVC) and a Center of tecgologies and innovations by audit group PricewaterhouseCoopers (PWC), amount of venture investments in Russian Internet-Startups during 2012 was 792,1M and took fourth place in Europe, which is twice more than it was in 2011. The Alley of Innovations is our contribution to progress of investment attraction of Ru.net, which exists for almost 5 years. This year we pay a special attention to new projects, and create a main field for search of investments and partners for business”, - comments Sergey Grebennikov, deputy director of The Russian Association for Electronic Communications (RAEC).

To take part in the Alley of Innovations can Startups, beginning its activity last or this year, and which have never before won this contest. The first 50 projects, filing applications on the contest and approved by the organizing committee, will receive an invitation ticket to RIW 2013. In other nomination on UpStart can take part projects, focused on mobile technologies and applications. Laureates of this nomination will take part in “Mobile Startups Fight” on the main stage of RIW.

Only 10 projects-winners will come through to the final, which will become exponents of the exhibitions “Internet 2013” that will give them an opportunity to present their ideas, projects, and services to audience on an equal basis with large industrial companies. They will also have an opportunity to take part in a Professional program RIW-2013, and will win prizes from partners.

To file an application and get acquainted with the contest stages go to: http://2013.russianinternetweek.ru/alley/

It is important to remind that the main Autumn Internet-event of the branch – RIW 3012 – will be held in September 17-19, 2013 in Expocenter on Krasnaya Presnya.

Order taking for Zvorykinskaya Award is prolonged till September, 1