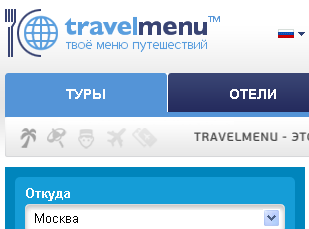 Russian online travel agency Travelmenu has recently reported on another attraction of funding from large venture capitalists AlmazCapital Russia Fund I and Runa Capital. Thus, the total investment in the company comprises $ 4.6 M. With this Travelmenu has not yet closed the second round, negotiations with other investors are still ongoing.

Almaz Capital and Runa Capital invested in Travelmenu $ 1,6 M in May last year during the first round of investment.

Furthermore, after additional investment changes in the company management became known. Catherine Bukenmayer, the co-founder of the company, was appointed to the CEO position. She has successful managerial experience of working in different companies. Catherine graduated from Harvard Business School with a speciality General Management, and then took a degree in philosophy and economics at the London School of Economics.

In her new post Kathryn will manage the basic processes of the company assisted by new team members Olga Ivashina and Lyubov Grishaeva. Olga Ivashina has 10 years of experience in online marketing, before she led the marketing direction for companies such as Ozon and Wikimart. Lyubov Grishaeva, a former managing commercial director of Inna-Tour, brought to Travlemenu extensive experience of operational processes in tourism, which will bring the company to the next level of sales.

Nina Pogosova, the company founder and former CEO, received the post of the Board of Directors Chairman.