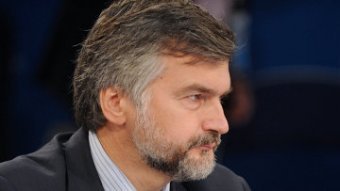 Implementing priority high-tech projects will form the basis for future government policy in the field of science and technology, said Andrei Klepach, the Russian Deputy Minister of Economic Development on Tuesday at the Innovation Forum in Moscow.

Currently, under the auspices of the RF Ministry of Education the state program on science and technology is being developed.

Klepach noted that the new state policy format will allow to focus both organizational and financial resources on priority projects capable of providing scientific and technical breakthrough of Russia.

He explained that the priority projects, in particular, will include the projects in medicine, biotechnology, composite materials.

According to him, under a new state policy there will not be such federal programs as Scientific and scientific and pedagogical personnel of innovative Russia and Research and development priorities of the Russian scientific and technological complex.

The Deputy Minister noted that one of the main new state policy blocks will be the implementation of major projects on fundamental science with international participation (megascientific projects). Also, the new state program will be connected with the scientific and technological development programs of various Russian ministries and departments, said Klepach.