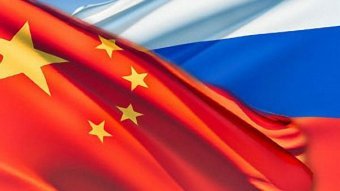 The Skolkovo Fund and Center for high-tech industry Development Fakel under the Ministry of Science and Technology of China on April 12, 2012 signed a Memorandum of Understanding aimed at cooperation in the field of joint scientific research and development and commercialization of innovative technologies, reports the Skolkovo website.

The document was signed by the Skolkovo Fund Chief Executive Officer Steven Geiger, and the Fakel deputy director Xu Xiaoping.

Center for high-tech industry Development Fakel was created in 1989 under the Ministry of Science and Technology of China as a state entity to create the best environment for innovations and development of high-tech industry in China. The Center is engaged in the support of scientific parks, business incubators, as well as providing financial support to small and medium businesses.

The memorandum envisages cooperation in creating favorable environment for business innovation activities and technology commercialization in the two countries, including joint business projects between Chinese and Russian research centers, companies, startups, universities involved in the creation of Skolkovo.

The interaction will be implemented in priority areas determined by the Intergovernmental Russian-Chinese commission for preparing regular meetings of the government heads and provide, in particular, information exchange, cooperation in the spheres of mutual interest, including parks, incubators, technology transformation and innovation to attract capital.

During the event, the sides also discussed prospects of cooperation of the Fund with Beijing science and technology area of Zhongguancun.

Russian and Chinese technology parks signed a memorandum of cooperation