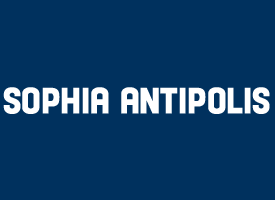 Skolkovo Russian Fund and Sophia Antipolis French Fund, representing the youngest on the continent and one of the oldest (founded in 1970) and the most successful Europe innovation centers, have signed a strategic partnership agreement, according to the Skolkovo community website.

The document was signed, opening a new chapter in the history of scientific and technical cooperation between Russia and France, by Skolkovo president Viktor Vekselberg and Sophia Antipolis president Pierre Lafitte in the Hall of the honored guests at Nice international airport with the presence of Russian Federation Consul General in Marseilles Vladimir Pozdnyakov.

The agreement provides for joint work in three areas:

• Education and training;
• small and medium enterprises reciprocal services development;
• joint research – the implementation of this item is scheduled within the 7th research program of the European Union and the Competitiveness and Innovation Programme of the EU.

We are proud being a partner of Sophia Antipolis. Cooperation with innovation centers of such high level engaged in scientific researches, development of innovation and venture business opens the way for the competitiveness and success on a global scale - Viktor Vekselberg said.

According to the parties, the agreement will be a milestone in the history of international cooperation in innovation and a symbol of the fact that such cooperation does not know borders.