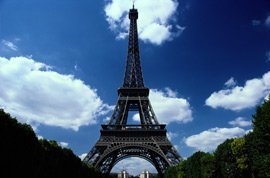 A business mission organized by the Skolkovo Foundation and the Russian-French Centre for Energy Efficiency (RFCEE) with the assistance of Ministry of Economic Development of Russia and the Russian Trade Office in France took place in June, 4-5 in France, according to Skolkovo press release.

The business mission was undertaken in order to deepen cooperation in the development of breakthrough technologies, political support of Russian and French joint projects and to identify the prospects for investment. The mission was attended by representatives of the Skolkovo Fund, Russian ministries and agencies (Ministry of Economic Development, Ministry of Energy), as well as by a number of major Russian energy companies, scientific and technical centers (RusHydro, Inter RAO UES, FGC , MOESK, Group E4 and others).

The business mission became the first in the planned series of similar events aimed at establishing cooperation between Russia and France in energy efficiency. It was devoted to studying the whole range of possibilities for cooperation of the parties in two areas: Intelligent Energy System of Russia and Renewable Energy, for development of which technology platforms created in Russia, as well as a special cluster of energy efficiency in Skolkovo. The first part of the business mission took place in Paris and was devoted to discussing a wide range of issues: Sustainable development and energy in the future city with representatives of the Directorate General for Energy and Climate, the General Directorate on competition, French Agency for International Development of Enterprises (Ubifrance) and French Agency for investment (AFII). The problem of energy efficiency and sustainable development was also discussed with representatives of French leading companies, including Sshneider Electric, Alstom, EDF, ERDF, Sagem, BRGM, and several others.

As a result of the active dialogue between the stakeholders a wide range of possible cooperation on a number of strategic areas was identified:

- Use of available financial instruments to support projects in energy efficiency of common interest;

- Organization of thematic business missions for the formation of Russian-French pools of developers.

The Fund has made significant progress towards the modernization of innovative resources in Russia, - the head of Skolkovo international projects Dmitry Politov said at the end of the business mission. - We need now more than ever to compare notes with the world leading research centers, and this time they are the centers located in the heart of France - Ile de France. During the trip, we were able to reach preliminary agreements on cooperation with a number of poles of competitiveness, technological excellence centers and companies, including such world famous names as, for example, Saclay and Genopol. We hope that this business mission will foster Russian-French innovation cooperation - Dmitry Politov concluded.

Russian-French seminar of experts on innoprojects