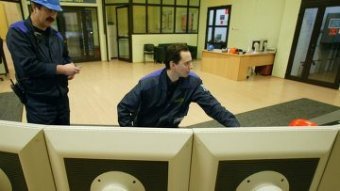 JSC INTER RAO UES and the Skolkovo Fund reached an agreement on the construction of a building of research and development center Inter RAO in innovative city Skolkovo.

At the same time, the power supplier will invest 1.5 B RUR only in research projects, sources familiar with the plans of the parties reported to RIA Novosti.

There will be situated Research Center in the future building, as well as the corporate fund INTER RAO to support innovative projects and commercialization center of future developments, said one of the interlocutor of the agency, without specifying the amount of funds that RAO invests in the construction of the building.

As for the amount that the RAO fund plans to invest in joint projects with the participating companies of Skolkovo, we are talking about 1.5 B RUR, another source said to the agency.

INTER RAO established a fund to support innovation Energy without Borders in September last year. It is aimed to identify promising areas of electricity and finance applied research, research and development (R & D).

As for July 1, 2012 the amount of funds in the management of the fund is at least 2 B RUR, according to the website of RAO. The projects of the Fund for the next five years include, in particular, the developments aimed at improving the energy efficiency of gas power plants and coal-fired power plants to develop a new generation of thermal power stations with capacity of 100-120 MW with high technical and economic parameters.

Inter RAO is one of the leading and role model funds of all the Russian corporate funds to support innovative projects, the source said.

The construction of Renova Lab building in the innovation city began in early August. It is the center of research and development of Renova group of companies. This is the first building of the future Skolkovo key partners’ R&D centers. The cost of Renova Lab construction that is of 20K square meters will be about 2 B RUR. The investor of the construction is Navi Capital Fund, which was created for the implementation of innovative projects in high technologies.

OJSC Inter RAO UES is Russia's power supplier that manages a number of generation and distribution assets in Russia and abroad. The total capacity of power stations is about 29 GW.

Innovation Center Skolkovo should become Russia's largest testing ground for new economic policy. Special conditions for research and development will be created at a designated area, including the creation of energy and energy efficiency, nuclear, aerospace, biomedical and computer technologies.