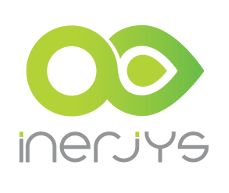 The Skolkovo Fund and Canadian investment company Inerjys, engaged in environmentally friendly technologies, signed a partnership agreement under which Inerjys will support the participants of Russian innovation center working in green technologies.

Inerjys is going to invest $20M in Skolkovo residents within the next five years according to the agreement.

The agreement was signed by Alexei Beltyukova, senior vice president for development and commercialization of Skolkovo, and Stephan Ouaknine, the CEO, chairman and managing partner of Inerjys.

Moscow as a whole and the Skolkovo Fund in particular are rapidly developing in the direction to become one of the world's leading centers of green technologies development, - Ouaknine said. We hope that this important partnership will further the cooperation between Canada and Russia, and we will work together to bring a better tomorrow - he said.

Currently, the Skolkovo Fund has more than 40 partnerships concluded with Russian and foreign tech and investment companies.

is a one billion dollars Fund which supports projects in clean energy.