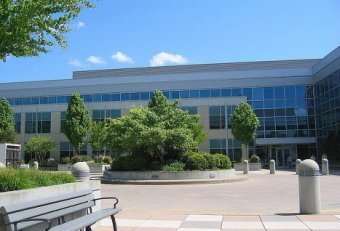 Microsoft Corporation to invest tens of millions of dollars in Skolkovo research and development program within the next few years, its representatives announced at a joint press conference on Monday.

An Agreement on a Skolkovo and Microsoft R&D center establishment was signed by the Vice-President of international partners department of the Skolkovo Fund Conor Lenihan and the president of Microsoft Business Solutions Kirill Tatarinov.

The Agreement with Microsoft is very important for Skolkovo. I expect series of further announcements on cooperation expanding from Microsoft within the next few years - Lenihan told reporters.

It is expected that in 2015 there will work over one hundred of IT-specialists and scholars in the Center. The Center will be working on applied researches and development of Microsoft Dynamics software solutions, as well as on the development of cloud technologies.

The agreement extends the cooperation of Microsoft and Skolkovo joint research programs and developments in Russia. In November, 2010 the parties signed an agreement to establish an R&D-center, which called for the development of technologies not only for Russia but for the whole world. The main directions of the new organization were solutions based on Microsoft Business Solutions and the development of the Technical Computing platform, as well as the support of Russian startups.

The result of this collaboration of Microsoft and Skolkovo is a Cloud Numerics product development in Russia, which has been released in the spring of 2012. This is one of the first math libraries created for using in cloud projects. It allows you to optimize the cost of large data sets analysis. Skolkovo residents gained an access to the Numerics on special terms.

In March 2011, Skolkovo and Microsoft signed a cooperation agreement, under which, in particular, the development a secondary school in Skolkovo Innograd concept.