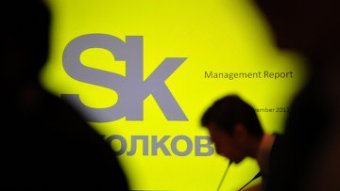 Stanislav Naumov, the Vice-President of the Skolkovo Fund, and Michael Hivert, the Head of the Israeli Center of industrial research and experimental development, signed on Thursday a memorandum on the intensification of bilateral cooperation between the two countries in the sphere of high technology development, RIA Novosti reported.

During the meeting the delegation from Russia coordinated the final details of a joint Russian-Israeli project to support high-tech companies. We have found the topics that are relevant both to us and for our Israeli partners, and the projects will be selected primarily according to them, - Stanislav Naumov, the vice-president of the Skolkovo Fund, told RIA Novosti. According to the spokesman, 12 key topics which will be announced next Monday have already been selected.

At the same time the Skolkovo vice-president noted that till September 10 this year the Fund expects to receive dozens of offers both from Skolkovo residents interested in cooperation with Israeli scientists and entrepreneurs, and from Israeli companies that may apply for Skolkovo resident status. Winner-companies will be announced in early November at the Open Innovation Moscow forum. The winners will receive a joint support under Eureka program, which is fulfilled within the EU for the countries not participating in the EU - said Stanislav Naumov.

Special attention of the meeting was paid to use of the Israeli experience in the field of attracting investment in the initial stages of high-tech projects.

We are aware that the peculiarities of the Israeli system consist in the fact that successful start-ups return the part of the money they earn. We are also looking for such mechanisms to ensure that not only budget money is used, but also the so-called smart money - private investment. We expect that there will be created such collaborative teams, where, on the one hand, it will not be necessary for Israeli successful startups to immediately return the funds they will invest in technology and the stated goals. On the other hand Russian scientists and entrepreneurs will be able to increase the size of the rent they will receive in the future from joint projects - said Naumov.