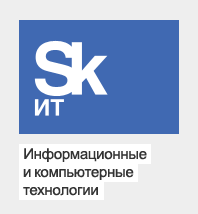 New executive director of the information technology cluster of Skolkovo innovation center will be determined on a competitive basis to fill the position of the head of the cluster. This is the first time when the head of Skolkovo cluster will be chosen this way – the fund reports.

The contest has already been started; receiving applications for the position of Executive Director will last until August, 20.

The previous executive director of the IT-Cluster Alexander Turkot resigned on Thursday. Nevertheless, he will continue to collaborate with the Skolkovo Fund as a presidential adviser on commercialization, Alexander Chernov, the vice president of the Fund, told RIA Novosti.

The activities of the Information Technology Cluster focus primarily on the development of strategic areas of information technology. At the moment, the cluster includes more than 170 startups that have received the status of Skolkovo Participant.

New appointment in management of the Skolkovo Fund