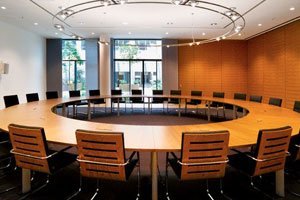 The Skolkovo Fund and Far Eastern Federal University (FEFU) with the assistance of the Administration of Primorsky Krai will hold a roundtable on Prospects of radiological cluster in Primorye in July, 9 at 16:30. The modern concept of Far Eastern Radiological complex including the center of the proton-beam therapy will be presented at the round table.

In addition, the establishment of Skolkovo project office in Primorsky Krai will be discussed at the meeting as well as the possibility of biomedical technology cluster involvement in the formation of the Radiological cluster, the prospects for the development of educational and research programs. ITEP (NITSKI) - FESU – SkolTech will tell about Radiation Technology platform and much more.

The event will be attended by:

- Representative of the Administration of Primorsky Krai
- Kovalevich Dennis, executive director of the Nuclear Technology Cluster of the Skolkovo Fund
- Komolov Andrew, investment director of the Cluster for Biological and Medical Technology of the Skolkovo Fund
- Vladimir Ponomarev, Deputy Director for Strategic Development and Innovation, Professor, DF - MN INS of RAS
- Molochkov Alexander, deputy director of FESU School of Biomedical for Science and Innovation, the head of the base project Nuclear Medicine Vladivostok
- Andrew Kosolapov, Deputy Provost for Science and Innovation of FESU Vladivostok
- Vladimir Shevchenko, Deputy Director of Kurchatov Institute Research Center
- Mikhail Polikarpov, the Head of Laboratory and Joint Research and Education Center of FESU and ITEP

One of the priorities of the Skolkovo Fund in nuclear technology cluster is the promotion of Russian developments in radiation technologies (nuclear medicine, Inspection systems, wastewater treatment, sterilization and disinfection of food and etc.) to the markets of Asia-Pacific region.

To date, there are several entered engagements on joint activities with relevant agencies and business partners from Asia-Pacific countries such as Singapore, South Korea, Indonesia and others. One of the key issues in the advancement of radiation technologies to Asia-Pacific countries is the existence of an integration center - export-oriented industrial cluster, providing design, supply and maintenance of systems to meet the needs of foreign markets.
Ability to create such integration cluster in Primorsky Krai is being discussed by the Skolkovo Fund in conjunction with the Far Eastern Federal University under the cooperation agreement signed in September 2011.

This project will ensure domestic demand for products and research personnel in the region as well as creation of new jobs and development related sectors of the economy (engineering, mechanical engineering, microelectronics).

A press conference will take place after the round table.

Kaluga region may accept an IT cluster