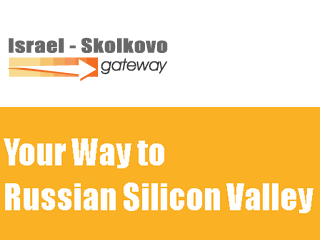 Israel-Skolkovo Gateway Center with the support of the Skolkovo Foundation conducted the third annual venture fair in Tel Aviv on October 24, which brought together more than 60 representatives of Russian and Israeli start-ups, leading representatives of Israeli venture capital industry, the leaders of technological incubators and a number of senior leaders of the Russian innovation fund.

Recall that the agreement on the establishment of Israel-Skolkovo Gateway between the management of Martal company, operating at Ariel University Center, and the Russian Foundation Skolkovo took place in August, 2011. The main purpose of Israel-Skolkovo Gateway is to establish a direct link between Israeli start-ups in high-tech and the Russian Fund which is ready to provide financing for projects in medicine, space exploration, biotechnologies and communications.

The past fair is the third in a row. The participants met the presidential adviser of the Skolkovo Fund, coordinator of the Russian-Israeli cooperation Alexander Turkot, the deputy director of the IT-cluster of the fund Catherine Gaika, the CEO of technology transfer company of Ariel University Center and a co-manager of Israel-Skolkovo Gateway Alexander Zinigrad, and other organizers of the fair.

The round tables and open discussions at the event discussed issues of cooperation between the two countries in the commercialization of innovative technologies.