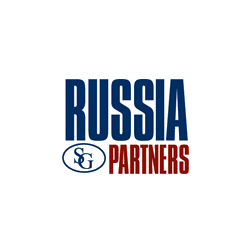 Today it became known that one of the largest Russian private equity investment Funds Russia Partners has concluded a partnership agreement with the Skolkovo Innovation Fund under which Russia Partners gets an access to the information about Skolkovo participants in order to select projects to invest in. The amount of such investments could reach $ 10 M over the next two years.

According to Skolkovo report, the agreement is based on the successful joint work between the two organizations: Parallels Research (a subsidiary of one of the Russia Partners portfolio companies) received the status of Skolkovo participant and funding of 150 M RUR from the Skolkovo Fund in 2011.

The Skolkovo Fund launched a program of investors accreditation in mid-2011, confirming the important role of professional venture capitalists in the innovation center’s system. To date, the Fund has signed agreements with 40 investment funds, providing for the financing of more than $500 M as an investment in Skolkovo resident companies. The most recent agreements have been concluded with Frontier Ventures and Bessemer Venture Partners and each plans to invest $ 20 M in Skolkovo projects.

Russia Partners is one of the first and largest private equity funds in Russia investing in information technology, pharmaceuticals and media, retail and financial services, telecommunications, etc. The Foundation was established in 1991, it invests in MTV Russia, EPAM Systems, MDM Bank, Parallels, KupiVip, etc. Russia Partners offices are located in Kiev and Samara.