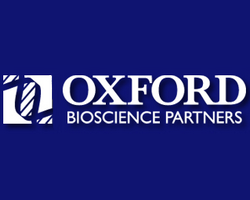 The Skolkovo Fund has announced the signing of a memorandum of understanding with one more major foreign venture capital fund. The list of accredited investors of Skolkovo added American foundation Oxford Bioscience Partners, involved in financing of innovative companies in biotechnology, healthcare and energy.

Venture Fund of Oxford Bioscience Partners (U.S.) was founded in 1992. It unites six venture capital funds with total capital of $ 1.1 B, and it consists of 149 portfolio companies. Under the agreement signed with Skolkovo, the fund will invest in Skolkovo projects not less than $ 10 M over the next three years.

By signing this agreement, we are strengthening our contacts with the U.S. venture capital community - the head of Skolkovo Investment Services Alexander Lupachev said. - Increasing flow of investment in our projects is a convincing evidence that professionals appreciate them and our work is in demand on world markets. We are pleased that Oxford Bioscience Partners becomes a part of Skolkovo ecosystem.

In exchange for investing the U.S. venture capital fund will get preferential access to Skolkovo database of technology projects that will let venture entrepreneurs choose the most promising ones to invest in. Oxford Bioscience Partners will also have the opportunity to address to Skolkovo to assign a participant status and, accordingly, apply for the grant for its portfolio companies. In particular, the question about giving Skolkovo participant status to Glori Energy (GE), OBP Portfolio Company, which has R & D center in Russia, is under discussion. The company specializes in the development of biotechnology in oil production and is preparing for an IPO.

The Skolkovo Fund set up a process which allows international venture capital business to invest in Russian technological projects at early stages. Company Oxford Bioscience Partners is pleased to establish partnership between us to make use of Russian and American innovations in biotechnology to increase oil production in Russia, - Matthew Gibbs, OBP senior partner said. - We hope that our joint work with managers, scientists and entrepreneurs of Skolkovo will make it possible to find new investment opportunities and contribute to the development of research center Glori Energy in Moscow.

To date, the Skolkovo Fund has already signed such memorandums of understanding with about 40 investment funds. Each of them agrees to invest in Skolkovo companies. In particular, interested in the development of clean power engineering.