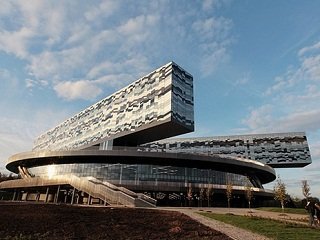 A cooperation agreement between the Fund of the Centre for Development and commercialization of new technologies (the Skolkovo Foundation) and the Government of Chelyabinsk region will be signed in the framework of the III International Exhibition of Industry and Innovation INNOPROM - 2012 which will take place in Yekaterinburg, June 11-13, the fund says.

The agreement will be signed by the president of Skolkovo Viktor Vekselberg, and the governor of Chelyabinsk region Mikhail Yurevich. The main purpose of the agreement is a long-term cooperation on organizational, economic, scientific and technical issues, aimed at the organization of research and commercialization of scientific and technical developments, the creation of new jobs in high-tech sector of the economy based on scientific research and educational institutions, innovation centers and industrial enterprises of Chelyabinsk region.

A plan of priority measures has been made. It is planned to select industrial and technological facilities in Chelyabinsk region, which could start producing innovative products developed in Skolkovo. Universities, research institutions, design offices and engineering centers will be also chosen to cooperate with Skolkovo Center.

The document will be signed on July, 12 at 13.45 at the press center of the international exhibition center Expo (Expo Boulevard, 2).

The best innovative project of the year in the Chelyabinsk region