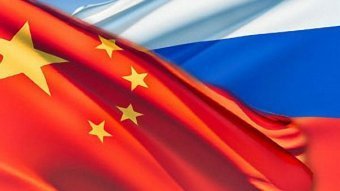 Signing the agreement between the Skolkovo Foundation and Zhongguancun technopark (Z-Park) will take place on June 5, 2012 as a part of the state visit of the Russian President Vladimir Putin to China. The partnership is designed to establish close cooperation between innovative centers of the two countries.

The document will be signed by Victor Vekselberg, the Foundation president, from the Russian side, and by Hoon Goh, Director General of Z-Park’s Administrative Committee from the Chinese.

The agreement provides for a cooperation mechanism between the two innovation centers. The interaction is planned between the scientific and technological incubators, as well as in the sphere of research. It was decided that first and foremost the parties will focus on such areas as biomedical technology, energy efficiency, information technologies and new materials.

China in recent years has made a great breakthrough in the development of high technology, has created large industrial parks, worked out a huge experience in implementing technology in the production - Viktor Vekselberg marked. - In addition, China has successfully developed its own high technology, and such companies as Lenovo or Huawei have become world-renowned brands. All this proves the success of the Chinese innovative development model and the fact that cooperation with China in innovation has much to offer Russia. We conducted a series of intense negotiations, extensive preparatory work and in the shortest possible time have come close to the beginning of real cooperation in this sphere, - the Skolkovo Foundation President concluded.

Earlier, Vladislav Surkov, the RF government Deputy Prime Minister, during his two-day visit to Beijing, when the cooperation between Skolkovo and Zhongguancun was discussed, also noted that the Chinese partners are very pragmatic, very cheerful, very energetic, with specific interests. Surkov promised that the cooperation with the Chinese partners will not drown in bureaucratic procedures.

We shall remind that these are not the first steps towards the cooperation between the two countries in the sphere of innovations: on April 12, 2012 the Skolkovo Foundation’s Torch High Technology Industry Development Center under the Chinese Ministry of Science and Technology signed a Memorandum of Mutual Understanding aimed at cooperation in the field joint scientific research and development and commercialization of innovative technologies.