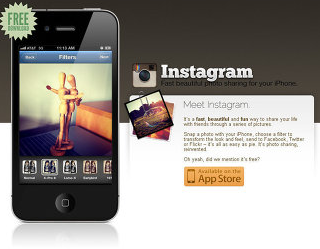 Facebook management pledged to pay the owners of Instagram mobile application $ 200 M in cash if the deal to buy the company does not take place. The documents presented by Facebook to the Securities and Exchange Commission of the United States (SEC) indicate it.

Facebook announced on its plans to buy Instagram for $1 B in early April. According to analysts, Facebook has indicated its desire to consolidate its mobile platform, as well as more effective competition. But the deal can still be blocked by market regulators, and Facebook calls it as a risk for its development this year.

It everything goes fine, Facebook will pay Instagram owners $ 300 M in cash and issue 23 M shares of its own. It means that Facebook priced its shares at approximately $ 30 apiece, if we take into consideration $ 1 B transaction price.

The cost of Facebook shares can be $40 in an initial public offering on the stock exchange (NASDAQ), which is expected to take place this year in May.