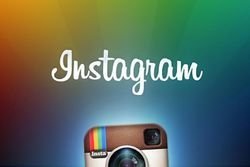 Mobile application for sharing photos Instagram, which will cost the world's largest social networking site Facebook $ 1 B originally was offered for $ 2 B, The Wall Street Journal found out. The discussions and conclusions of this transaction demonstrate the management style of the Facebook founder Mark Zuckerberg: the board of directors members faced with the fact before the public announcement of the transaction.

According to the WSJ, the founder of Facebook, which is not yet 30 years old and as young as the Instagram founder Kevin Sistrom, conducted all the negotiations without anyone's knowledge, from April 5 to 8 in just four days in a modest residence of Zuckerberg by the standards of the Palo Alto, which he bought last year for $ 7 M. In the process Zuckerberg managed to persuade Sistrom reduce the price by half - from $ 2 B to $ 1 B, Zuckerberg also persuaded Instagram founder to take shares, saying it is the prospect of Facebook securities growth after the May IPO. According to the source, Zuckerberg noted that if Facebook reaches the level of capitalization of Google - $ 200 B or more - then 1% of its shares would be worth $ 2 B.

Zuckerberg notified Facebook Board of Directors of the agreement reached by e-mail on Sunday evening April 8, it was publicly announced on April 10. The vote on the transaction took place, but it was formal, they were told everything, but they were not consulted, said a source close to the social networks board of directors. Zuckerberg controls 57% of the voting rights in the company, which allows him to make individual decisions.

Only one member of the Board of Directors participated in the preparation of documents for the transaction - Director of Development Zufonun Amin. Facebook Chief Operating Officer Sheryl Sandberg learned of the deal on April 5, but did not take any part in it. This shows that Facebook is the company of the only man, writes WSJ.

This model of decision-making is characteristic of small Internet start-ups - an area where competitors can grow with extreme rapidity, but it can be dangerous for large companies, especially in anticipation of IPO. The board of directors’ function is to prevent the arrogance of the company’s head. This is often the last line of protecting the minority shareholders - the director of the Corporate Management Center of Drexel University Business School in Philadelphia. On the other hand, the standard procedure with the involvement of bankers and lawyers may take many weeks, admits the WSJ.

Instagram purchasing is the largest acquisition of Facebook during the existence of the social network. The deal was announced just a few weeks prior to the IPO of the company - it can take place in May. During the IPO Facebook can be estimated at $ 75-100 B. Instagram is a young service, it was started by Kevin Sistrom and Mike Krieger in autumn 2010. Since then the company has attracted about $ 47 M from Andreessen Horowitz, Baseline Ventures and Benchmark Capital venture capital funds. Of these, $ 40 M Instagram received last month: in the course of this transaction the company was estimated at $ 500 M. that is in just two weeks investors have returned the double of their investment.