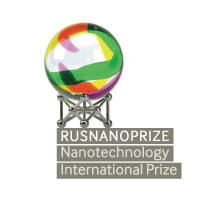 The applications for the Rusnanoprize International Award in Nanotechnology competition can be submitted from March, 10. Rusnanoprize is the largest international award in nanotechnology. The prize is awarded annually to researchers and developers of scientific and technological developments and inventions that are embedded in the mass production with annual volume of at least $ 10 M.

The Rusnano Government decided that the prize will be awarded for the medicine, pharmacology and biotechnology categories in 2012 for the first time (in addition to Optics and Electronics, Nanomaterials and surface modification, energy efficiency and green technology categories). The award in 2012 will be up to 3 M RUR.

Inventors, scientists and developers (no more than three people in total), who are the authors of a scientific and technological development that have been introduced into mass production this year, will be awarded a cash prize, award symbol, and the Honorary Diploma of the winner.

The company that implemented this development to the mass production for the first time, or has achieved maximum commercial success through the introduction of this development, will be awarded the Honorary Diploma and the award symbol.

The award was established in 2009 by the Russian Corporation of Nanotechnologies (RUSNANO) - one of the world's largest investment companies in the innovation area.