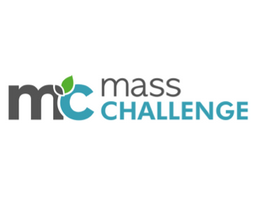 May 29, 2012, 125 finalist teams of MassChallenge 2012 international competition were identified in Boston (Massachusetts, USA), including two startup projects from Russia - CardioWave and Magru, selected by experts from RVC USA. In February 2012 RVC USA became a certified platinum partner of the contest, according to the press release of the company.

CardioWave and Magru startup teams will take part in the third round of the competition and spend three months of special education under the mentoring program in Boston, intensive consultations with experts, will receive PR-support and access to free resources including office space and meet potential customers and investors. Startup teams will also participate in business competitions, the winners of MassChallenge 2012 will share the prize money of $ 1.1 M.

Russia CardioWave project will be involved in the development of a telemedicine platform to monitor blood pressure with the help of precision pulse sensors. Magru startup project develops technologies, special platform and services that are designed to revolutionize the publishing industry by opening a new electronic era.

The finalists list includes 46 technology startups, 25 startups of social orientation, 21 in Biology and Medicine, 11 in energy and clean technology, and 22 in other industries.

MassChallenge competition is a fantastic opportunity for Russian startups - said Axel Tillmann, the head of RVC USA. - The participants will be able to know what is needed to become successful not only in the U.S.A. but also in the global market.

This year MassChallenge competition received a record number of applications - 1237 from more than 35 countries. Russia became the second after the United States judging by the number of submitted applicants. Russia submitted 36 applications that exceeded the previous year by 9 times when just four applications were submitted.

MassChallenge is one of the largest international organizations that brings together professionals of various fields from around the world. Participation in the competition will allow promising Russian projects aimed at global markets to get invaluable experience in dealing with their American mentors, declare themselves to potential customers and to attract American investors - said Igor Agamirzyan, the CEO and Chairman of the Board of RVC, OJSC.

RVC to help the Russian start-ups take part in MassChallenge2012

The next Startup Access business incubator to be held in July