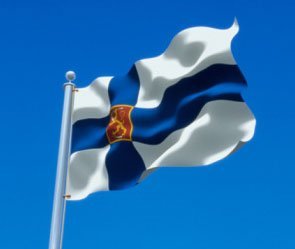 The III-rd Innovative Forum Russia-EU took place in June 13-15, in Lappeenranta city, Finland and was attended by the Skolkovo Fund delegation headed by its vice-president O.B. Alekseev, the press service of the fund reports.

Lappeenranta forum is the largest event in Northern Europe dedicated to the development of economic and business connections with Russia and its regions. The forum was organized in 2010 on Lappeenranta authorities’ initiative that sees itself as a bridge between Europe and Russia. The event takes place at Lappeenranta University of Technology, one of the most active and business-oriented universities in the country.

The importance of the Forum for our countries is demonstrated by the fact that it was opened by Russian Prime Minister Vladimir Putin last year, and this year it was opened by the Minister of Economy of Finland Hyakyamies Yu. Speaking about the Russian innovation processes, he noted that the Skolkovo project is of special interest to Europe in general and to Finland in particular.

The fact that these words are not just for being polite was shown by the interest to Skolkovo Club organized within the forum in June, 13 at the Reception House of Lappeenranta University of Technology. Skolkovo Club was organized as a discussion of the most pressing issues of both Skolkovo projects and the development of innovative processes on a global scale.

The session of the Skolkovo Club was opened by the Vice-President of the Foundation O.B. Alekseev who described the essential problems and prospects of the project. The further discussion was attended by the rector of Lappeenranta University of Technology Ilkka Poyhonen, representatives of Finnish innovation organizations and foundations, rectors of Russian universities, innovation economics experts. The conversation was substantial and interesting.

The interest shown by the participants to Skolkovo demonstrated how important the success of Russia's innovation project is to European colleagues and experts and how closely they watch the progress of its implementation.