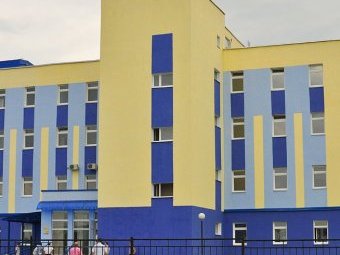 The opening ceremony of new business incubator in Penza took place on Wednesday, June 27. The cost of the project realization was 75 M RUR, 15 M RUR of the amount came from the regional budget, 60 M RUR – from the federal.

Conditions for small businesses in this institution will enable them to bring the ideas into effect - said Vasily Bochkarev, the Governor of Penza region who attended the opening ceremony.

Modern equipment allows developers to reduce the period of projects realization - said the representative of Penza State University, Andrew Rosen. - Finally, local developers will be able to refuse services of major manufacturers, including foreign ones to produce small series of prototypes. This will significantly lower the expenses of our innovative companies that do not have major financial resources.

The governor reminded that Penza region climbed from the 14th place to 10th in the ranking of innovative activity for 2011. With the new projects implemented in the region, we will show an even better result in 2012 - he said.

Nevertheless, Vasily Bochkarev emphasized that the development of science and business depends not on new buildings for young entrepreneurs but on scientists who want to create and build.

In addition, two more business incubators in Bekovo and Narovchat will be opened this summer in Penza region as well as business incubators in Penza and the second largest city Kuznetsk - the projects have received support at the federal level from the Ministry of Economic Development. The regional budget will receive a subsidy of almost 250 M RUR for implementation of the projects. Two years given for their implementation.

The official opening of the first industrial park in Penza Region in June, 1

A business incubator in design and arts opened in Penza

Private business incubators to be created in Penza region