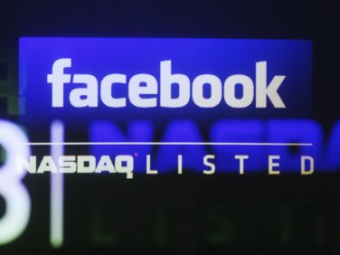 The fact that Facebook was facing some difficulties did not cause panic and hysteria. The company itself and experts have repeatedly denoted that the flow of users towards mobile internet leads to a reduction of growth in advertising revenue, and thus the profit. Nevertheless, the quarterly report of Facebook was expected with great impatience, according to vestifinance.ru.

First, the operating margin for the same period decreased to 43% compared with 53% in the II quarter of 2011. Second, 32% revenue growth is the slowest growth rate in the history of Facebook. Third, addressing the company's shareholders after the report, Mark Zuckerberg pointed out that he sees no serious prospects for further growth in the near future.

Everything would be fine, but huge outlay of entering the stock exchange has rendered null all the income growth of the social network. Only the shares allocated to employees before the IPO are estimated at $ 1.3 B. But there also were taxes and other expenses during the preparation for the placement.

Perhaps the only really good news is that the number of users has continued to grow. On June, 30 this year there were 955M Facebook users, which is 29% higher than the corresponding figure of the last year.

Groupon reduces losses, but still runs below the market

Yandex became the largest media of the country in 2013